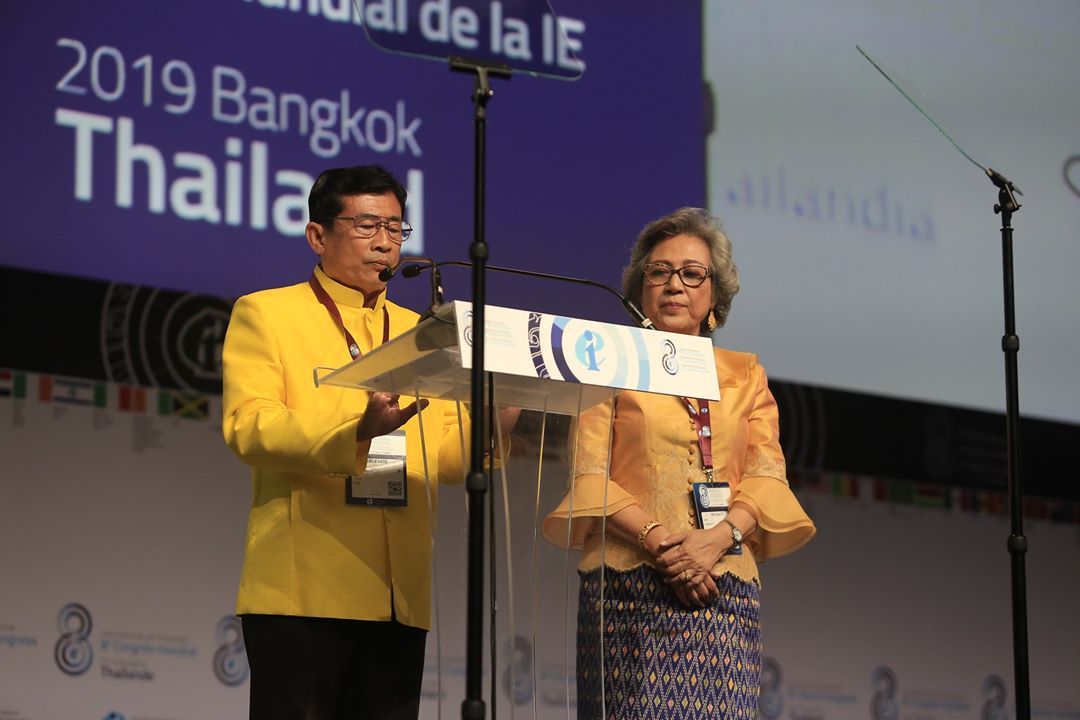 “The teacher is the Leader of Democracy, Human and Trade Union Rights, Access to Quality Education for All.”

At the opening ceremony, President of the Education International (EI) Susan Hopgood addressed the congressional delegates as follows: “Are You Ready to take the lead?! To take the lead to enhance the image of our profession, to protect democracy, human rights, trade union rights and to provide everyone with quality, free public education. "

President Hopgood called on union leaders to embark on a new endeavor that is key to all education challenges “We are discussing a renewed trade union effort to strengthen our trade union organizations in support of education policy to achieve the Sustainable Development Goal N: 4 ... We need to mobilize, organize, attract new members.” she said.

Discussing climate change was an integral part of the congress agenda. “Climate change and justice must be based on education… the teacher's voice needs to be heard all over the world! ... Education is the most important tool for preventing global climate change and is an indispensable mechanism for raising awareness... We need to raise a new generation of informed and responsible citizens. She mentioned in her speech.

In her welcoming speech, Hopgood touched upon the dangers facing democratic processes. “Aggressive nationalism has been observed around the world, using inaccurate information in the private interest as a powerful weapon. However, the truth always wins... Despite the accusations and pessimism, more facts are needed now. “Teachers and education professionals are taking full responsibility to stand up against lies and to show students the real facts. "We must fight against lies and darkness"-She said.

In conclusion, Hopgood called for a global education community “In our time, the contradictory struggles of democracy and self-preservation are ongoing, we have no choice. We have no reason to wait, waiting is the wrong choice. It's time for action! ”

Stephen Cotton, Chairman of the Global Trade Union Council, addressed the participants at the opening ceremony. Stephen Cotton pledges full support to colleagues and congressional delegates in their fair work. EI is a member of the Global Trade Union Council. The Honorable guest emphasized the importance of strengthening trade unions and of close cooperation between them.

Education International Activity Report: “We are the ones you were expecting”- David Edwards.

EI Secretary-General David Edwards told delegates when presenting the global report: “Despite the tyranny, dictatorship, hate speech, racism, and violations of democratic processes in the world, I believe that progress is being made. Progress is increasing, despite the convictions of many! ”

The EI secretary reminded delegates of a congress four years ago. While the Education International held its 7th congress Prior to the 4th UN Sustainable Development Goal in Ottawa.

“From Ottawa to Bangkok, we have developed strategies, created numerous global and regional platforms; Together we have chosen ways and spaces where we have worked out our ideas, values and goals to achieve our impacts and outcomes"- noted the representative.

To the end, David Edwards emphasized the importance of the member organizations throughout the world.

“We are the ones you are waiting for… with our professional knowledge, we fight for the strength of trade unions, and the pursuit of social justice!

... We are more than equipped with knowledge ... We are organized ... We speak all languages, resist vicious parties and achieve results ... We defend the truth!"- David Edwards - EI Secretary General.

Among the topics of discussion were; • The role of education unions in the school against gender-based violence • The global trade unions response in Europe • Private tutoring and public education • Organizing for quality education - the movement for education.

In the second half of the plenary sessions four parallel sessions were held to discuss such issues as: shared values; no to violence; more opportunities for leadership; against climate change; New trade union efforts; trade union response, etc.

The congressional delegates supported the resolutions: On the rights of women and girls, all forms of sexual harassment and violence; Research-based measures to strengthen trade unions to protect society and human rights; education for democracy.

As millions of young people on the streets of the world struggle against climate change and save the planet, teachers are on their side. The EI congressional delegates adopted a special resolution, which emphasized the role of teachers in overcoming crises during climate change, and agreed that for the next four years climate change would be one of the major topics for education trade unions. Education International has presented a new textbook for teachers at the congress. In relation to climate change, they are given resources to use while discussing the climate change in the classroom.

The guideline is available in three languages: English, Spanish French.